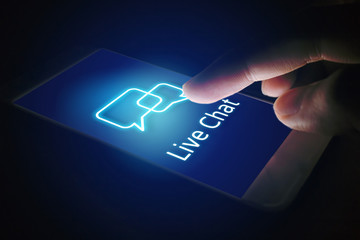 This year has seen a rapid increase in the number of chatting apps around us. But then, every other year has been always same. If communication is the base of human civilization, phones have played a major role in building up the structure over that and chatting apps are the central pillar of that communication.

In our tad busy lives, chatting apps act as a life saver for our relationships and a tad easy way to stay in touch. If you’re in the USA and have an iPhone, there’s a fair chance that you use iMessage to stay in touch with your friends or family but that has a limitation. Your friends with their Android and other phones always stay out of the loop. That blue messages are not for them. So, you might be using messenger or just text messages for those non-iOS friends.

See, that is the problem with chatting apps. They have to be abundant in order to be ubiquitous. Another such great app is Messenger by Facebook. Since Facebook is used by a major number of users in the world, this is another way to contact your friends and family. Nearly everyone I know is on Facebook and subsequently on messenger.

You want to talk about Tinder. Well, let’s talk about it. Tinder is another dating platform where you meet your next match by a simple swipe. Swipe right, get a match and you got a date. It can be a dating app but it hasn’t’ got the potential to be a chatting app.

So, what should an ideal chat app be like that can replace all the clumsiness of managing so many apps? If you’all ask me, I need a chatting app that can run on all platforms and I am not talking about just phone platforms but desktops and Mac too. It should have the ability to send and receive media effortlessly. Integration with third-party apps will be highly appreciated. And payments, yes, it should be able to send and receive payments to make my life easier.

Well, I know one. Have you heard of Whats App? There are fairly low chances of that if you stay in the USA. For the rest of the world, it’s a fairly common app. Whats app started as a simple chat app back in 2009 after which it was bought by Facebook last year for a whopping $22 billion. It is an app that uses low bandwidth to send and receive messages over the internet. Whats App compresses the media files in order to save you data.

The app alone account for 11% of mobile traffic in Africa and is famous in other major parts of Asia like India and Pakistan. Whats app recently introduced calling and video calling over the internet like Skype and the video quality is very fair over low bandwidth.

It already has a base of 1 billion users and increasing rapidly. Low bandwidth usage and constantly adding features can be attributed to the growth of this chat app so rapidly. Starting next year, Whats app is testing online payment integration in its app so that business users can make the most of it combined with push notifications.

Whats app is no doubt going to take over as a chat app with the rocket speed in the near future.